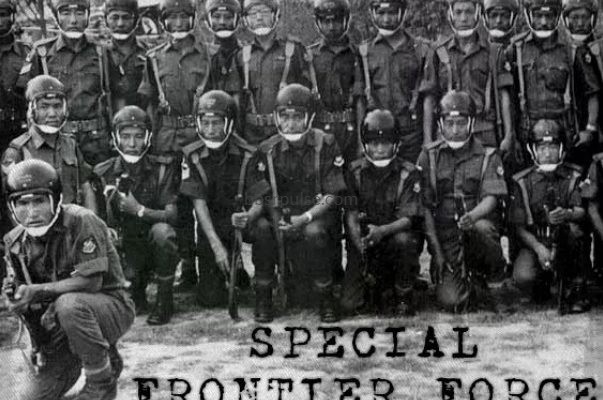 Biju Patnaik is known for his political & industrial endeavours. But he is more known for his dare devil acts of valour as pilot who had rescued Indonesian PM Sjahrir from Dutch clutch & dropping of Indian Army personnel at Kashmir during the attack by Pakistan soon after independence. And, very little is known regarding his involvements with the Tibetan settlers at Jeerang near Chandragiri (Gajapati district, Odisha).

When China invaded Tibet in 1959, many Tibetan fled to India along with their spiritual leader Dalai Lama via Nepal to take refuge in India. And it gave one of the reason for China to wage war against India in 1962 since India accepted the asylum on humanitarian ground. They were provided settlements at 39 various location across India including Tawang (Arunachal Pradesh), Jeerang (Odisha), Dharmasala (Himachal Pradesh), Majnu ka Tila (Delhi), Bylakuppe (Karnataka), Tenzingganj (Andhra Pradesh) etc. After the Indo-China war of 1962, India was keen to make strategic changes in defence & intelligence policies to counter any such mishaps with China in future. As defence advisor to PM Jawaharlal Nehru, Biju Patnaik coined the idea of using Tibetans in covert operations & formed ‘Establishment 22” or simply ‘two-two2’,, part of Indian Army’s most secret guerrilla force,  later renamed as Special Frontier Force (SFF) in 1966. Tibetans are strongly built, have locals looks in border areas, quite aware of the high altitude climate, can understand & speak Chinese & moreover all have a keen interest to take revenge on their invaders – the Chinese.

Odisha being a peaceful state made Biju Patnaik to suggest the name of Chandragiri for Tibetans to settle since it had a favourable climate. He convinced Nehruji to form a force comprising members drawn specifically from the Tibetan youths settled in various refugees camps  including in Odisha. Establishment 22 was named as per its 1st Inspector General Major Genral  Sujan Singh Uban (Retd) who had handled 22 Mountain Regiment. It came into being on 14th Nov 1962 (after Dalai Lama’s consent) on Nehruji’s birthday & on the day when China resumed its attack on India. SFF is said to be the first true & best special forces of independent India. The primary function of SFF was to conduct covert operations behind the Chinese lines in the event of another Indo-China war. They would infiltrate into China & engage in a guerilla war to instigate insurgency in Tibet, destroy army installations & infrastructure which will help Indian Army to engage the Chinese.

The first camp was set up at Chakrata, near Dehradun, the HQ of the SFF. Another training camp was set up at Charbatia air Base, Choudwar in Odisha. Around 2500 acres of land were alloted at Chandragiri for the Tibetan refugee Settlement in 1963. A total of five camps, with 5 kms radius, were established in & around Chandragiri region – Chandragiri (Camp# 1), Tankilipadar (Camp# 2), Labarsingh (Camp# 3), Jeerang (Camp# 4) & Mahendragada (Camp# 5). The Tibetans have named Jeerang as Phuntsokling – land of plenty & happiness. In Buddhism more green means more happiness. The illiterate & nomadic Tibetans turned this almost barren mountain land into lush green fertile land with their hardwork & try with maize cultivation.

The story of the brave soldiers who fought for another motherland, were never told to the world since it was highly classified & controlled directly by RAW (Research & Analysis Wing). They even fought to give freedom to another country – Bangladesh under Operation Eagle. They were so fearsome in their guerrilla warfare that they were nicknamed as “Phantoms of Chittagong” who would come from nowhere like ghosts & slice off the necks of the enemy soldiers in moments. Other notable achievement by SFF was Operation Blue Star (clearing Golden Temple in 1984) & Operation Vijay (Kargil War in 1999). Its said Tiger Hills was actually recaptured by SFF who never needed to use crypted language to communicate since they used their own Tibetan language which Pakistan could not catch to decode. Once an operation is over, the SFF commandos are soon ordered back to the shadows where they belong – unsung unknown. All the recognition to SFF are given secretly as cash prizes only & no medals awards of high order or recognition in public, due to SFF‘s covert nature.

At Choudwar,  those who sees them feel that they are part of Gurkha Regiment due to their fluency in Hindi, who in real are from Chandragiri. Its said that at times Biju Patnaik even used his Dakota planes from Kalinga Airlines, his own airline company for arms & army dropping in case of urgent needs by Indian troops.  We need to remember & recognize Biju Babu for his defence acumen, his connection with Chandragiri & inspiring the Tibetan to join Indian Army. 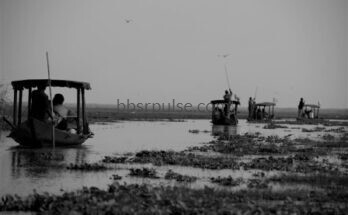