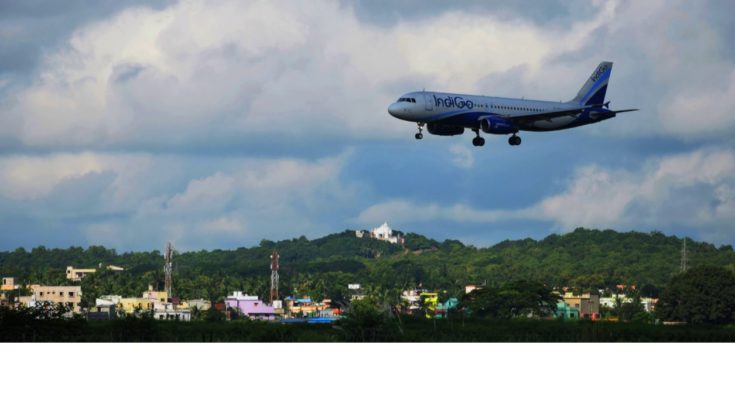 Its said that every city has its own story, so do Bhubaneswar. This Smart City as we know, is a 2000+ year old city & is named after Tribhubaneswar (Lord of the three worlds). Historically, it has been known by different names such as Toshali, Kalinga Nagari, Nagar Kalinga, Ekamra Kanan & Ekamra Kshetra. The modern Bhubaneswar as we see it now has a city plan mapped by German urban planner Otto Königsberger. The Central BBSR (Acharya Vihar to Forest Park) was a planned one & had names of locations named after various personalities or landmarks (ending with either Nagar or Vihar). Others were basically small villages/mouzas nearby which still hold its original names till now. Interestingly, some of the locations in BBSR carries some sort of curious stories behind its naming.

IRC VILLAGE:-This posh locality near CRP Square is said to be named after Indian Road Congress (IRC) Convention which was held in this previously open field in BBSR in 1980s. Due to unavailability of enough star hotels in BBSR at that time, tents were made in the open field for the delegates & the site was named IRC Village (in the lines of Asiad Village during Asian Games), hence the name. And, in reality IRC Village is now a posh locality & not a village which many people outside Bhubaneswar feels.

MASTER CANTEEN:- Its said that initially there was a singada (samosa) snacks counter (canteen) opened by a teacher (‘master’ as fondly called by his customers) & thus the name – Master Canteen. In the later years, Master Canteen became ‘Master General Store’ the only shop in the locality which is just outside Bhubaneswar Railway Station. As per Syed Maqbool Ali (Syed Mumtaz Ali’s son), Master Canteen was named after one of the Han’s (BBSR’s initial business family) family elders who was a Tailor ( as Master term is often used for for the Head Tailor). And, Biju Babu had commended this ‘Master’ as he stitched him a Band-Galla Coat overnight ( an impossible feature in those olden days ). Now, a fast food chain under the brand name “Master Canteen’ has been opened just outside Lalchand Market Complex to revive the old era. Its branches are now being opened across BBSR.

BAPUJI NAGAR:- When local Govt planned to designate specific areas for residential purpose, systematic allotment of lands were carried out in newly created nagars like Ashok Nagar, Saheed Nagar & Bapuji Nagar. And, nobody knew that these purely residential areas will one day turn into business hubs. While some nagars naming can be easily traced, but Bapuji Nagar’s case was different. The foundation stone of Bhubaneswar was laid by Pt Jawaharlal Nehru at a place near to the existing Durga Temple at Bapuji Nagar, the stone which was later on shifted to State Assembly complex. There was a suggestion to erect a huge statue of Mahatma Gandhi (fondly called Bapuji, hence the link here) here which was later planned to be shifted to a more CBD spot like Market Building area, but ultimately the work was never initiated.

BARANG:- Barang’s name (near Nandan Kanan) has been evolved from Chudanga(garh), the fortified area made by King Chodagangadeva which itself was previously known as Sarangagarh (due to abundance of waterlilies around).

DHAULI:- Dhauli hillock has been evolved from Toshali/Toshala, the capital city of erstwhile Kalinga. Similarly, Kausalyaganga is a combination of Kausalya+Ganga, named by King Chodagangadeva (of Ganga dynasty) in the name of his Queen Kausalya when he converted a huge acre of land into a scenic lake, now where CIFA (Central Institute of Freshwater Aquaculture) stands.

OLD TOWN:- Old Town is a typical designation of a historic or original core of a city or town. In BBSR, Old Town is the oldest part of the city (starting from BJB Nagar to Kapileswar), characterised by mostly Shaiva heritage temples. Rest of Bhubaneswar may be termed as New Town.

POONAMA GATE:- The railway level crossing at Palaspalli on which a new flyover has been made is said to be named after a girl name ‘Poonam’ from the Bhim Tangi locality who is said to have committed suicide at that area. There are other stories moving around Poonama Gate too.

JAGAMARA:- Jagamara hamlet was originally a part of Bechhapuri mouza & a dwelling place for the travelling Jain/ Buddhist sadhus who used to visit Khandagiri caves for meditation & performing yajyas . In one instance, the sadhus were disturbed while performing yagyas by non-followers. The local name ‘Jagamara’ has probably been derived from the term ‘Jagyanmara’ (when a yagyan becomes impure).

RUPALI SQUARE:- This famous square at Saheed Nagar was named after the small restaurant named Rupali (some argue it as Rupali Hotel) started by a family of three from Balasore at the very place where Pathik Hotel stands now. Rupali was the only destination for foodies from newly settled Saheed Nagar residents at that time.

RAJMAHAL SQUARE:- This busy square was named after Hotel RajMahal (still running) opened around 60 years ago near the chowk by Raju Sahoo (RajKishore Sahoo) who initially had started a street side business selling vadas. It is said to be the first hotel-cum-restaurant in town.

KALPANA SQUARE:- It’s named after the nearby Kalpana Theatre (the first theatre post independence in BBSR & a landmark during that time), now demolished. Its said that “Kalpana” was actually the dream business (dream means Kalpana in Odia) of Sri Padmanabha Nanda, who started the theatre business with the name Kalpana Theatre. And, when Kaplana Theatre became a landmark, the chowk was named Kaplana Square. The theatre is no more and news is that the premises will be used for a mall with multiplex facility soon

CHANDRASEKHARPUR:- Chandrasekharpur said to be the largest residential locality in Asia at one time is named after Chandrasekhar Mahadev Tempe in Patia, a centuries old temple.

LAXMISAGAR:- A man-made pond with the name’ Laxmisagar’ was created by King Chodagangadeva in the name of one of his Queen Laxmivati. The pond now called Bada Pokhari is still there near Chintamaniswar, but not in good condition, which can also be approached from Laxmi Sagar side.

PANDAV NAGAR:- Pandav Nagar is named after the Panchu Pandav caves located inside the colony. The Pandav caves were built in the 7th century for the Lakulish (Shaiva) sadhus to reside. Currently its being renovated/preserved as a park by ASI.

SISUPALGARH:- Its argued that Sisupalgarh fort was built by Kind Sishupal Kesari in the 3rd Century. Some also argues that the name is derived from the small hamlet ‘Sishupa’ located nearby. Its one of the earliest fortification of ancient India and one of the earliest planned cities in the world.

PATIA:- Patia is the short name for Patiagarh, the erstwhile princely state, towards Nandan Kanan, Bhubaneswar.

SATYA NAGAR:- Its said that Satya Nagar has been named after Satya’s family, one of the earliest resident at the locality. Further, the goddess at the local Kali Temple is called Maa Satyakali.

KHANDAGIRI:- The local sadhus at twin hills says that the ancient name of Khandagiri & Udayagiri hills were Kumari Parvat, Kumaragiri & Skandagiri (as per Lord Kartikeya). Probably the term Skanda got evolved as Khanda. The passage between the twin hills were made by the Britishers in 19th century only to make way for better connection with Chandaka & Baranga.

BUDDHIST INFLUENCE – Buddhism was quite prevalent in ancient Kalinga, including this part of the kingdom. Hence, Buddhism has greater influence on the earlier known names of Bhubaneswar & its nearby areas. Chandaka term is derived from Lord Budhha’s divine charioteer Chhandaka. Santarapur is  Samantaraypur which is said to be derived from combination of two Buddhist deities name -Shyama & Tara. But, since Samantaray is a popular surname in Odisha, it needs to be checked whether there was any popular person or a zamindar type person with Samantray surname in the locality. Bhubaneswar is another name of Lord Buddha. The area where Gautam Nagar is located, has Mausima temple (Rameswar temple complex) & the area opposite to it, is Buddha Nagar. The temple nearby is Buddheswari (a female equivalent of Buddha).  Palasuni was a Buddhist deity. Delang derived from Buddhist scholar Acharya Dignag, said to be teaching at Aragada monastery,

OTHER NAMES:- Sripur spelled as Siripur, Sundarpada derived from its original name Sindurapada (remember Sindureswar temple). Damana might be from Maa Damanei. Dumduma from an old Panthei devi temple and Gangua canal from River Gandhavati & Ganga Nagar from Chodagangadeva, Sridevi Chowk (Tankapani Road) from a cloth store by its name. Lewis Road from British Governor Howthorne Lewis or his better half popular as Lady Lewis in the locality for their good works. Rasulgarh from Wasuligarh, a toll gate made to collect tax from passersby during Moghul period in Odisha.  Any idea regarding other names like Ganda Munda or Baramunda (maybe a tribal figure) ! Would love to get additional inputs from my readers 🙂 Thank you Bhubaneswar ! 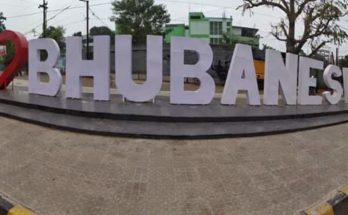 Things to Do in Temple City Bhubaneswar 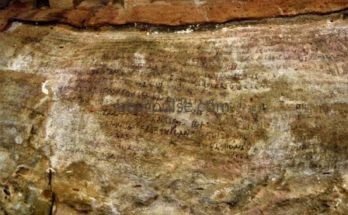 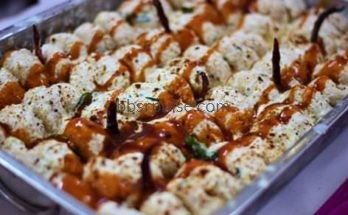 10 Comments on “The Curious Names of Bhubaneswar Localities”