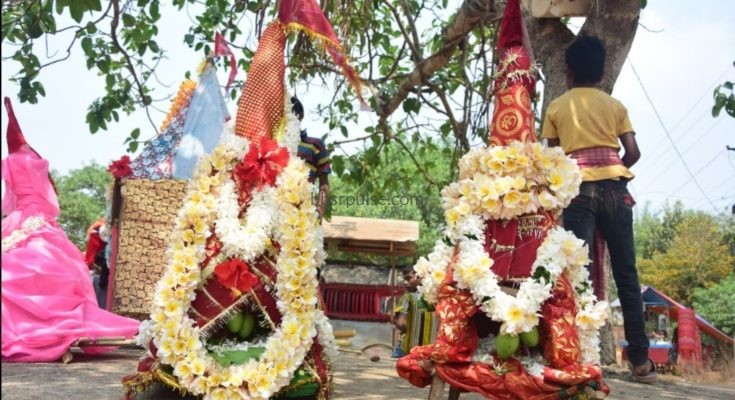 Whenever the term ‘Melana’ is uttered, our mind immediately takes us to Harirajpur Melana (near Jatani) which is the biggest fair of its kind in whole of Odisha during Dola. But, few kilometres away, in a small area of Bhagabanpur (near Patrapada, Bhubaneswar), Kandhei Melana is being organised whose procession is entirely managed by kids of the village & nearby places. There’s no exact data when it was started, but since 1970, it is being organised in  a big way after creation of the Maa Choti Bhuasuni Melana Committee. The speciality of this fair is that instead of taking images of various lords (chalanti pratimas) in decorated palanquin (vimanas) in great pomp during Dola Melana by elders, here kids from Bhagabanpur & nearby villages carries their dolls in palanquins to the ground for ‘melana bije’. Melana simply means  meeting & Kandhei Melana means Meeting of Dolls, replacing village deities who meet once in a year as per local custom.

It all started when children from the village were imitating dola melana carrying their dolls in small palanquins after visiting nearby villages like Tamando & Harirajpur where its held with much fervour whereas Bhagabanpur had no such melana. Seeing their interest & uniqueness, the elders supported them & thats how it came into being. In Odisha, original dola festival runs for 21 consecutive days starting from Phagu Dashami (Phalguna month’s 10th day) to Madhu Amabashya (mid Chaitra). Dola Purnima falls on the 4th day after it, then Harirajpur Melana (i,e Panchu Dola) falls on the 5th day post Dola. And, finally Kandhei Melana concludes on the last i.e 21st day of Dola. Kandhei Melana runs from three days from mid Chaitra month with paika akhada (acrobatic shows), local bazaar & jatra (moving opera shows) facilities which brings crowds in good numbers from adjoining villages. The concluding day’s (Madhu Amabashya) harihar bhet event is the most attractive n mega one.

There’s an unique legend surrounding the village deity of Bhagabanpur – Maa Choti Bhusauni (a form of Parvati). Maa Bata Bhuasuni is at Janla chowk, Similarly, there’s another Bhuasuni by the name Choti Bhuasani, the village deity of Bhagabanpur. Legend says that this Bhuasuni was of mischievous nature & was creating problems locally. So, in order to give her a lesson, Maa Bhuasuni pushed her from back, She fell down & had a limping leg. From then onwards, she is referred as choti (short legged). The original temple is no more there below the banyan tree and the idol has been shifted to a new temple next to it. The melana is carried out in the village ground in front of the Choti Bhuasuni temple. All rituals related to the goddess are carried out here including the Chaitra Mangalbar puja.

This unique melana has been organised since decades.Local villagers says that three people from Bhagabanpur village, namely Phagu Mohapatra, Dhadu Sahoo & Apani Behera, had originally started the melana decades back. But, since 1970, the Choti Bhuasuni Kandhei Melana Committee has been created & from then onwards the melana is being carried out in a bigger scale & organised manner with jatra (moving operas) facility has been added to the festival. The current secretary of the committee is Mr Rabindranath Sahoo. This one of its kind melana needs to be brought to the limelight and we must feel proud of our unique & vibrant cultural festivals of Odisha which are otherwise not noticed in any other states. 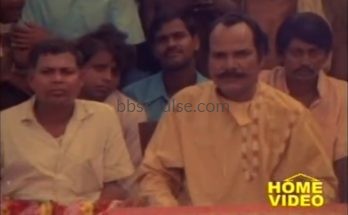 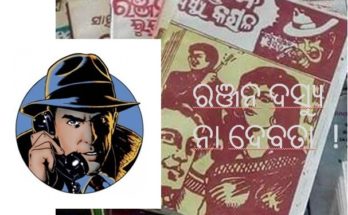