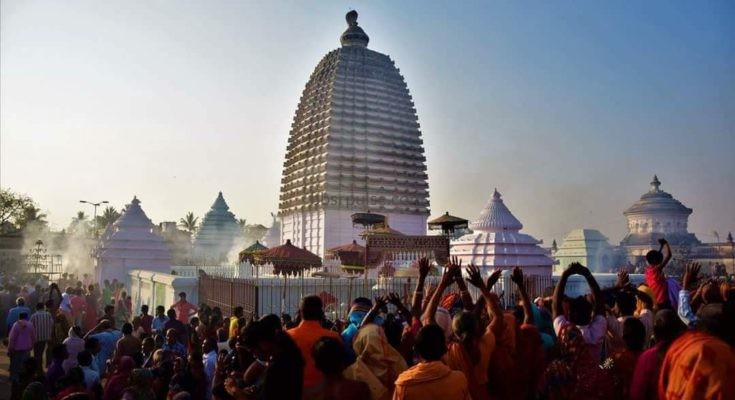 Keeping up with the uniqueness of Odisha, beauties of its nature, Dhenkanal district is a wonderful land of old world charms and a new world glamour. The scenic beauty, architecture, folk tradition & the aroma of the nature makes this land unique with a lingering memory in the tourist’s mind. There are scores of places which can be interest to major of visitors. Its said – when the sun rays caress the face of Paniohala hills, when the chiming of the temple bells fills the air & the monkeys chatter away busily on treetops, you know you have woken up in the beautiful location called Dhenkanal. Mentioned below are some of the breathtaking locations for visitor’s delight !

DHENKANAL
A former princely state, Dhenkanal has a long history. Its believed that the present name of town is derived from a Savar chief with name Dhenka, who was in the possession of this land during 16th century & was defeated by Sridhar Bhanja, a local chieftain from the neighbouring region of Garh Besalia. Post defeat the Dhenka clan chieftain’s dying wishes was to preserve the name of his clan. The victor king agreed to the wish, and thus he renamed the newly acquired kingdom as “Dhenkanal”, nal here means hilly mountainous slope (nalli). Hari Singh Bidyadhar, who was the Southern Forces commander of Gajapati Maharaj, defeated Bhanja and occupied Dhenkanal in 1529 AD. The Gajapati Maharaja crowned him as the Raja of Dhenkanal. Subsequently, 18 generations of Rajas ruled over Dhenkanal. Raja Hari Singh had started the construction of 90ft high Siddha Balarama Temple at Ganesh Bazar, Dhenkanal Town in 1582-84, which was subsequently completed by Raja Nrusingha rai Singh Bhramarbar Rai. Due to the act of valour of Raja Trilochan Rai Singh (1746-1788) against the Marathas, the Puri Gajapati conferred on the Raja the hereditary title of Mahindra Bahadur.

Dhenkanal is famous for its 11 days long Laxmi Puja celebration which is unique to whole of Odisha. For foodies, Dhenkanal vada is too famous. One can find snacks shops with catchy names like Kukhyata Vada & Bikhyata Vada in Dhenkanal town. Dhenkanal Palace, a large complex on the slopes of the Paniohala Hills, was built at the site of a fort that witnessed a long drawn siege with the Marathas. Six rooms of the royal palace have now been reserved for guests under heritage palace hotels plan. Dhenkanal Science Centre & Indian Institute of Mass Communication adds flavour to the studious minds there.

KAPILAS
The steep ghat road and 12 hairpin bends leads to the temple of Kapilas, situated on the Kapilas road, around 25 kms from Dhenkanal.

Its loftiest peak range enshrines the temple of Mahadev Chandrasekhar (Shiva) at a height of around 457m. The naming is done to remind the pilgrims of the actual Kailash- the legendary abode of Lord Shiva in the Himalayas. Narasinghdeva-I constructed the temple for Shri Chandrasekhar in 1246 CE. The temple has a wooden Jagamohana. It is one of the famous Shaiva piths of Shiva in Odisha & Maha Shivratri witnesses a huge lines of devotees for darshan, some who walk or ride the ghats uphill of 5 kms or takes the exhausting stair walk of 1351 steps from down hill to the top. The great name of Mahima Gosain, the founder of Mahima cult, is historically associated with this place since his tapasya peeth is still there. Temple food (abhada) is available in the premises at nominal price, but get it from authorised temple priest only.

JORANDA
Famous as the religious main shrine of Mahima Dharma, Joranda houses the Samadhi of Mahima Gosain (original name said to be Mukunda Das), the preacher propounder of Mahima Cult. Joranda Gadhi is a temple built in a location where the three villages meet- Joranda, Natima and Patna. The sacred temples sans idols of Dhuni Temple (Akhanda Bati Mandir or Guru Purnima Dhuni Temple built in 1927), Sunya Mandir & Gadi Temple. Pilgrims in thousands throngs to this Joranda Gadi’s fair known as Joranda Mela held on full moon day of Magh month which falls in Jan-Feb & offers ghee to the akhanda deepas.   Mahima Dharma is the 19th-century monotheistic cult and reform movement that is often described as ‘the world’s youngest religion’ & it never believes in casteism. The Monks lead a life of austerity, celibacy, piety and constant movement, as they cannot sleep in the same place on successive nights or eat twice in the same house.

Magh Mela, since 1874,  is the most famous festival of Mahima Dharma who believes in Shunya Bhagwan Alekha, the formless and omnipresent god. Mahima sadhus & devotees from across India come to Joranda – the epi-centre of Mahima Dharma at this time which is an occasion for the followers who celebrate it as Prabhu Purnima with gigantic composite lamps enlightening the whole complex. All the important texts & hymns of Mahima cult are composed by Santh Kavi Bhima Bhoi, a blind Kandh saint & poet, who received the initiation from Mahima Gosain. People often associate Bhima Bhoi with the Mahima cult due to his popularity. It is around 27kms from Dhenkanal.

SAPTA SAJYA
Sapta Sajya, loosely meaning seven beds, is situated at around 15km from Dhenkanal town. It’s a place of scenic beauty of seven hills & is ideal for picnic & relaxation. Birding & butterfly enthusiasts can visit this place in the morning to capture nature in their shutter. Legend says that Saptarshis lived here & Pandavas have spent some of their Agyaant Vaas in these hills. The temple of Ram-Laxman-Sita here made by Rani Ratnaprava Devi of Dhenkanal attracts good followers during Ram Navani. The fifth Odia movie, ‘Sapta Sajya’ (1951), named after this tourist location has been shot here & in various locations of Dhenkanal.

Bhuban is famous for its Brass and Bel metal ( Kansa Pital Basan) & was once the biggest village of Asia, now has turned  into a busy business town. The Bullock festival of Bhuban has special identity of its own due to the elaborate decoration of the bullocks & its saddles . To commemorate the old heritage of bullock carts as a means of transport & to realize its importance in agrarian & rural economy, the Bullock festival is held every year by the Thoriya & Baladia Bania community during Dussehra under the name Dussehra Balada Jatra. Bhuban is also the birth place of Saheed Baji Rout, the 12 years old youngest martyr of British India. It is around 45 kms from Dhenkanal & is beyond the Joranda route.

Located near Saptasajya hills, Sadeibareni village has around 60 thatched houses inhabited by Situla tribes from generations. The Bell Metal or Dokra Art of this area has put Dhenkanal in the world map. Unlike neighbouring Chattisgarh, where Dokra items are polished to give it a shiny golden look, Sadeibareni likes to retain the unpolished charm of the Dokra items & art lovers prefer the raw looks. The major art pieces made here includes bracelets, necklaces, idols of gods & goddesses along with utilitarian pieces. Let’s know that Dokra art are made from the non-ferrous metal casting & the term is  derived from Dokra Damar tribes of Odisha/Bengal.

4 Comments on “Dhenkanal : The Land of Royals & Rituals”